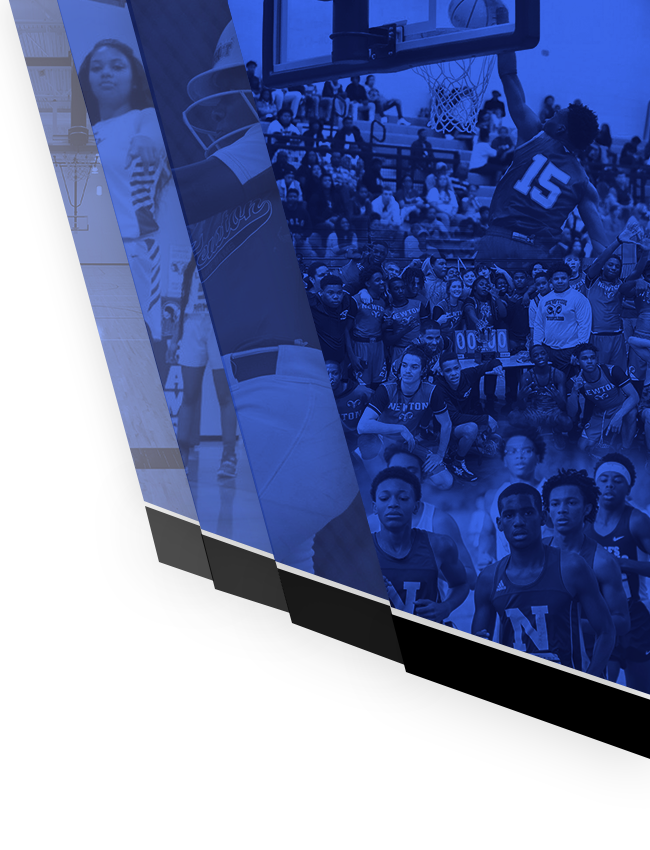 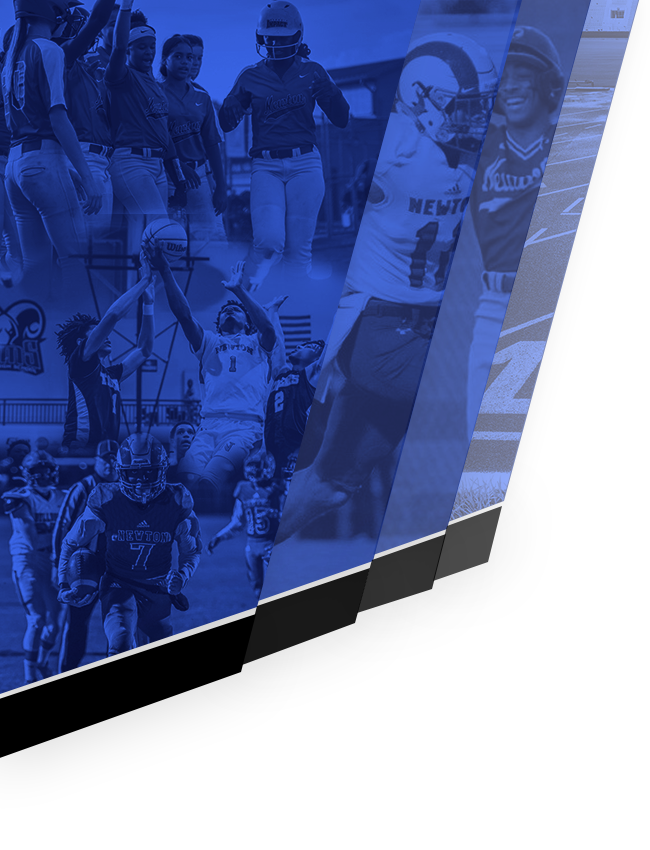 Parent involvement is the cornerstone for success in anything involving student-athletes at NHS. The coaching staff needs your support as today’s students have more distractions and options than ever before. We ask that parents commit to helping us develop and nurture sportsmanship in our student-athletes.

Practices are designed to prepare for upcoming events and serve as a time to build skills, enhance techniques, and develop team concepts. Considerable planning and thought are put into every practice in order to capitalize on the available time and to ensure that the student-athlete has time for personal and academic pursuits. Practice, therefore, must be attended in order for the athlete to be prepared to perform. All missed practices will be made up with certain conditioning which the coach has specified. Unexcused absences may be grounds for dismissal from the team.

Parents are welcomed to practices; however, the coach reserves the right to assign areas for viewing that is safe for the spectator and reduces the chance of distractions. In special circumstances, practices can and/or will be closed to the general public.

Every attempt will be made to keep scheduled games and practices during school holidays to a minimum. However, with games and tournaments occurring during or soon after return from these breaks, coaches in charge may schedule practices during the holiday breaks. Missing these practices or games will fall under the regular athletic attendance guidelines.

Athletes’ academic performance will be monitored by the coaching staff. Coaches can require an athlete to attend study hall or tutoring if his or her academics fall below the standard. Tutorials will be conducted at each school for all in-season student-athletes who require assistance academically.

School equipment, practice and game uniforms used by an athlete are the property of the NHS Athletic Department.

All Athletes are expected to:

1. Be courteous to opponents and officials.

2. Play hard to the limits of their abilities, regardless of the game score.

3. Retain their composure at all times so as not to resort to taunting, baiting, physical retaliation, or fighting.

4. Understand and observe the rules of the game and the standards of eligibility.

5. Respect the integrity and judgment of officials as the authorities in the game and accept their decisions without unsportsmanlike outbursts.

6. Be modest in victory and gracious in defeat.

7. Respect the game and their opponents and further understand that baiting and taunting will not be tolerated. Such actions may result in disciplinary action by the coaching staff and administration.

8. Remain on the bench if an altercation occurs in the competitive arena.

Students and their parents must refrain from associating with potential sports agents. Such a relationship could render a student ineligible for both GHSA and NCAA activities. Parents are however encouraged to find out as much information as possible to help and successfully guide your student through the recruiting process.

The GHSA is the governing body that oversees all extracurricular and interscholastic activities of all public schools in the state of Georgia. The Constitution and By-Laws can be found at www.ghsa.net.

Student-athletes must be in top-notch condition in order to perform at the level necessary to compete in   AAAAAAA classification. Enhanced performance is directly linked to strength, quickness, agility, and stamina all of which come from planned programs of training.

The purpose of an off-season program is to prepare a student physically and mentally for participation in athletics; therefore, it is in the student’s best interest to have completed a conditioning program before participating in a sport. Such programs are at the discretion of the head coach and are highly recommended if an athlete is going to perform at high levels.

All athletes are expected to maintain their physical conditioning throughout the summer. Coaches should inform athletes and their parents of any special workout programs to be followed. Summer Workouts are NOT Mandatory for participation but are STRONGLY suggested for the best development of the student Athlete within the program and individually.

1. Any injury, large or small, should be reported to the coach in charge immediately.

2. Any injuries requiring a doctor’s care should be noted and a doctor’s release required before the athlete is allowed to play or practice.

3. Injuries not requiring a doctor’s care will be left up to the Athletic Trainer and Head Coach to access the athlete’s ability to play or practice.

The following procedure should be followed in reporting a complaint. Confer with:

1. The coach who had direct supervision of athlete at the time.

2. The head coach of the sport the athlete is participating in.

2. All those who travel to the game on the bus will return on the team bus unless released by the Head Coach to his/her parents or guardians after the game.

3. Buses will leave at a time specified by the coach. It is the individual athlete’s responsibility to have him/her and the necessary equipment for participation in the event on the bus ready to go at that time.

5. Conduct on the bus will be monitored by the coaches and will be subject to disciplinary action.

6. No unauthorized personnel will be allowed to ride the bus.

Students should not participate with an independent team in an organized event while in season.

1. All athletes are required to attend class regularly. Lack of attendance in classes may result in failure of academic work, resulting in ineligibility in athletics.

2. A student must be counted present on the day of participation.

3. All team members of each sport will be expected to attend all scheduled practices, games, and meetings. Attendance at practices and games requires proper attire and full participation. If circumstances dictate that students cannot attend a practice, game, or meeting, the coach should be notified prior to the event by personal contact, phone call, or written permission from parent/guardian.

4. The Head coach of each sport will give the student-athletes’ consequences for missing a team function; this will include an excused or unexcused absence. (Attendance is important to insure that the student-athlete be in the best physical condition so as not to endanger them to injury and to benefit his/her team.)

5. An athlete missing a team function for any reason will be expected to make up for the absence upon returning to practice.

6. After the 3rd unexcused absence in any sport, the student-athlete may be removed from the team.

Athletes should not obligate themselves to a job that in any way interferes with practice time or regular competition time.

A student who participates on an athletic team at any level must meet eligibility requirements of the Georgia Department of Education, Newton County Board of Education, and of the GHSA. Events in any sport, frequently called exhibition or unattached events, which involve students who are not eligible, or students who are not members of the school team, are strictly prohibited.

Eligibility to participate in practice or in competition is gained or lost on the first day of the semester, except the fall semester, when eligibility shall be declared based on Carnegie units accumulated according to year in school. Summer school is an extension of the second semester.

No Pass/ No Play

Once a failing grade is assigned in a respective course, and the student is ineligible as a result, the student does not regain eligible status for the semester even if the grade is changed to a passing grade within the fourteen calendar days. The one exception is when the grade is changed to passing due to an error by the teacher in assigning the failing grade. In this event, the student can regain eligible status with proper notification to the State Department of Education through the Director of Athletics.

Under usual circumstances, a student will not be permitted to join an athletic team after the second scheduled contest. Exceptions to this will be students who enter the school after that date and students who were unable to participate earlier due to eligibility, medical reasons, or play-offs in another sport. Under no circumstances will a student be permitted to come out for a team after the second contest if the result is the displacement of a member of the team.

Dropping a Sport/Quitting a Team

In virtually all circumstances quitting is unacceptable. Once a student has been named as a member of a team by the coach, he/she is making a commitment to the team for the entire season. Therefore, under usual circumstances, when a student quits a team, he/she will not be permitted to go out for a team during the same season, or for the ensuing season, until after the season for the sport he/she quit has ended.

Any exception to this rule must be approved in writing by the principal with a copy of the approval to the Director of Athletics.

Example — A student who quits the football team will not be permitted to go out for basketball until the football season at his/her level of competition is over.

The head coach reserve the right to develop rules and consequences for any action, which is subversive to good order, and conduct and any other behavior not specified in the preceding rules and regulations.